Following on from her 2012 debut road trip drama Thursday Till Sunday and 2014’s Mar, Chilean writer-director Dominga Sotomayor Castillo is back with a new feature that visits memories of what she once called home. Unfolding as close as possible to nature, Too Late to Die Young (Tarde para morir joven) is set in the 90s, in the foot of the mountains surrounding Santiago, and is a semi-autobiographical film based on a community and a country in transformation.

In a choreography of characters of different ages, Sotomayor Castillo and her crew built a community to portray what it was like in the Chilean summer of 1989-90. Her style is much more open than her debut film, 2012’s Thursday Till Sunday; she even breaks her own rules of being loyal to her script by letting a streak of variables during production to capture the ambience of randomness on camera, like a home movie.

Too Late to Die Young is very much based on childhood and illusions. Sotomayor Castillo has crafted a close relationship with her cast to reveal the complexity of the film’s characters. What’s it like to become a girl, to become a teenager? What’s like for a country to have democracy after a brutal dictatorship? Sotomayor Castillo is interested in the transitions and what’s in between. Her goal is to get as close as possible to what was happening in the community she grew up in rather than in the story of her country. The result is a wonderful document of emotional crossroads and their impact on the lives of the people in the community. Too Late to Die Young is, as Sotomayor Castillo describes her storytelling structure, “messy or dirty as life”.

I remember the idea for your second picture came three years ago when you told me about a project based on fire and back then you were already working on your script. What prompted you to start from there?

Actually you’re right on the starting point, which was the fire. There was a real fire when I was five years old in a community where I grew up that is similar to the one that is portrayed in the film. That fire was kind of a super big event for all the kids because we couldn’t realise the scale of its complexity.

I wasn’t able to see the fire because I was in a kind of a swimming pool with a friend, thinking we would be safe in the water. So I only had an imaginary idea of that fire. And 20 years later I found a VHS tape belonging to a neighbour from the community with footage of it. I saw the flames for the first time, all burning and all smoke, mainly all the people from the community, women with kids, trying to stop it. It was a very absurd match, like this little group of people trying to go against nature.

So I started thinking about making a film based on this community where I grew up and spent 20 years of my life. I had this kind of nostalgia for a place that was changing so fast and that’s not the same anymore. Then I was building on the collective group and what was before the fire. I think the fire makes visible something that wasn’t visible, some kind of danger, and it made it clear that there was a transformation happening.

There are certainly a lot more kids compared to you debut film and your mum is back as casting director. Can you talk about your experience during the casting process?

[laughs] A lot more kids, you’re right. I followed the line of my first feature film working with kids without previous acting experience. So now I am open to many more characters, not just kids but also teenagers. But I’m interested in the dark look of kids, not real city kids.

What is interesting [in the new film] is that I’m also now using teenagers, and I think that the vision is that of a passage of characters taking decisions that are sometimes against themselves. Like with my first feature, during the casting I worked with my mother who is an actress and also a casting director and we started looking for kids and teenagers from the community. My mother’s still living in the community, which has now something like 400 houses and it was a reference for the film. My film is a fictional place and it’s very different but it’s still close.

We were looking for kids of friends, of people who we know inside the community, and we invited ten kids firstly for a workshop, and then ten teenagers. It was an inclusive casting; they couldn’t not be selected. So among the group we organised a workshop where we were playing music and games and I picked up who would be the main characters and the other ones were invited to be the friends or the neighbours. So some of them knew each other already and the casting was really natural and non-traditional. There’s also an eclectic cast of some famous actors from Chile like Antonia Zegers and Alejandro Goic.

The inspiration was this particular summer when Pinochet was kicked out and in a couple of months the first democratic president would take office.

Did you think about the controversial response that the appearance of kids smoking could have?

Yeah. It’s funny because now, even for me I see this like, ah, they’re smoking too much [laughs]! But it’s in the 90s: we were smoking, this was the way to be adults. And of course it’s controversial it’s the same with church on Sunday: kids were like travelling in the back seat of the car without the seat belt. It’s like another period.

Take me through the summer your film is set. What was happening then?

The inspiration was this particular summer when Pinochet was kicked out and in a couple of months the first democratic president would take office. So between December 1989 and March 1990, when we had this kind of transition, the summer was like a waiting period.

What’s the value of this specific time and tumultuous moment to the story?

I wanted to call on the transition but I think I didn’t want it to be that clear. So for me it’s a film about the past that took place during a very specific summer that also looks like any other summer. And I think that my idea was to make a film about the transition of a country that was hiding a lot of pain and it was willing to restart. Maybe some people will read that into the film and some people won’t, but I didn’t want it to be that obvious and I was more focused on the emotional impact that this period had on this particular group of people rather than in the story of a country. 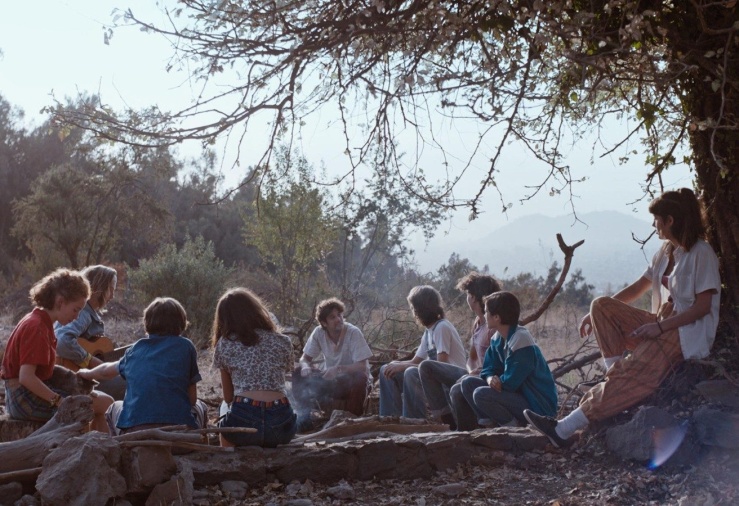 Is Sophia’s mother related to what was happening in Chile at the time?

It’s so weird because for me the mother is out of the picture but I wanted to focus not in the little details but the big things that are outside. So the big hopes are in the city, in the mother. In a way I imagine the mother as a popular singer initially being compromised by her husband’s way of living and making music with political meaning and then moving on to more popular things.

It’s so interesting because it’s like a small community but for its members everything that’s happening is so significant. Reflecting on the mother’s escape from the community bubble, how valuable is the idea of escapism or escapism and childhood in your film?

I like this idea of crossing two characters, like Lucas wanted to be there and Sophia wanted to leave. I remember that what we learned as kids was great and then when you’re a teenager you want to have your own life. The soul of the film has to do with being free to let it go and to learn how to lose something. So Sophia thinks she wants to leave the community but I know she will miss it. She thinks she needs to be in the city but what she really needs is to be close to her father, I think. So it’s a matter of illusions: she thinks that everything’s in the city or that the mother is great but the mother doesn’t want her to live with her.

For me it’s a film about early illusions and in many layers it’s about a country that failed, that democracy will change things but democracy is like a circle. It’s also why I chose that specific summer: it could be now because we are in an eternal cycle of illusion and disillusion.

The soul of the film has to do with being free to let it go and to learn how to lose something.

Is your choice of music playing a specific connection to your memory?

Yeah, each character has their own likes in music and Sophia wanted to leave so she was into English songs, you know like she was far away from her local culture. It was a very interesting moment in Chile in terms of music because it was this cross between protest Spanish music from the dictatorship that we listen at the beginning of the film and then Michael Jackson comes in. I like to play with these crossings and also as in my first film I think all the feelings are really subtle and the music brings what the characters are feeling, you know like popular explosion.

There’s a special connection between the kids, nature and animals or adults and animals and also it’s wonderful to see a dog having a part in the main cast.

I think a certain point of this film has to do with interiors not being real interiors, exteriors as not real exteriors and the meaning of family. Someone told me (and I liked it) that Sophia is not a girl or a boy, she’s like youth. It’s also why we enter the community through the youngest because they are the medium between nature and humans. I remember being very close to the place, I knew every tree, every stone, everything, like a really powerful memory. I think through the place and its relationship with nature I was trying to explore the kinds of illusions we have about property and land; the illusion of being the owner of a dog for example. 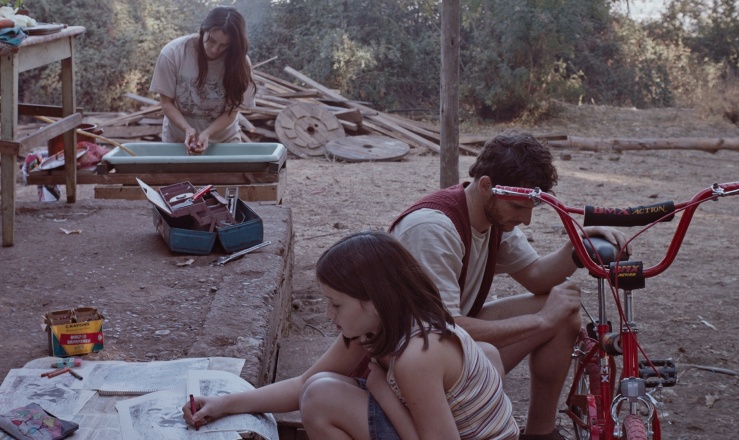 Little dancer Miguel is like the star of the film. How did you meet?

Yeah [laughs]. So just before the shooting of the film I made a music video for a Chilean musician knowing that I was casting this. So I decide to make the video just with kids and we had an open call for dancer kids and he arrived. I loved him so much. He’s great. He’s not even going to school, he’s like a professional dancer. He’s doing these Michael Jackson shows and his real life father is very nice and supportive.

Even though he has a small role in the film, for me it was very important to have him onboard. He makes clear the difference between that generation where Miguel was part in and his father (in the film) who is out of it. I wanted to approach the complexity of cast relationships that was not being so obvious. Miguel was part of the kids but the father wasn’t.