From the water people of Patagonia to the story of Shmilu in Hackney, here are 10 films that intrigued us most from this year’s festival.

The programme team behind the BFI London Film Festival declared 2015 the year of strong women. With Sarah Gavron’s Suffragette opening the 12-day-long celebration of international film, it was meant to be an honour to be a woman, outrightly.

238 films screened across 16 cinemas in the capital. But seeing the restoration of Black Girl (1966), the first feature by the father of African cinema Ousmane Sembène and the new documentary about his life and work, Sembene! by Samba Gadjigo and Jason Silverman, was a rare and special occasion. 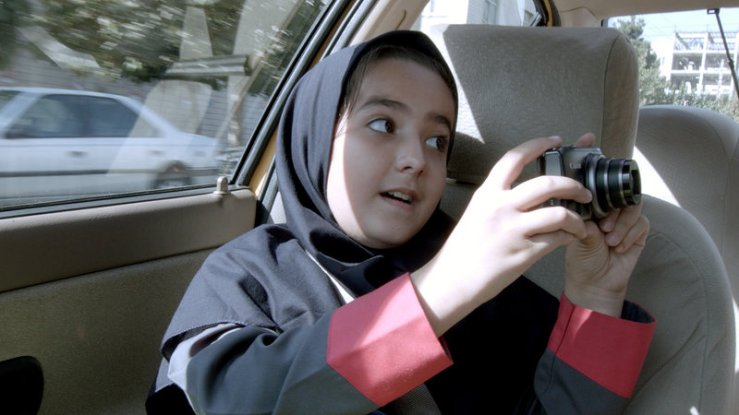 Iranian director Jafar Panahi poses as a taxi driver in his latest film. He drives through the streets of Tehran, capturing moments from the daily lives of the city’s residents with a camera hidden in his car. At times the film offers a grim outlook for the country’s future, but an appearance by Panahi’s niece gives some cause for optimism.

Michael J Larnell’s feature is about male friendship and trust in modern society. With outstanding black and white cinematography, Cronies is a sharp work that holds your attention to the end of the credits. Filmed in St. Louis with local actors, it features an irresistible hip hop soundtrack, including contributions by local indie artist Raye Cole. When it was screened to Spike Lee at New York University, he immediately came on board as an executive producer.

Maya Newell’s Gayby Baby is a journey into the lives of three Australian 12 year-olds with same-sex parents. At the time of writing this PG-rated film is banned from being screened in schools in New South Wales, despite the fact that there’s literally nothing here that might be deemed offensive. The film simply demonstrates that these kids live utterly normal lives, facing everyday difficulties with the support of loving, generous parents. But the children are fully aware that their families are viewed as different, and raise some timely questions.

The new film by Chilean documentary master Patricio Guzmán is as eerie as it is enlightening. It’s both a meditation on southern Chilean history, and a mesmerising study of the Pacific Ocean. This powerful rumination on life, water, and its hidden mysteries is every bit the equal of Guzmán’s 2010 masterpiece Nostalgia for the Light.

If I can claim my country now it is because I left it for some time.
-Jia Zhangke
Jia Zhangke: The Guy From Fenyang (2015)

There are times when you ask yourself if certain film directors from far away corners of the world ever met and talked about ideas to each other. One of these instances refers to Chinese director Jia Zhangke and Chilean director Patricio Guzmán. Both masters of cinema, however they share something deeper: an existential truth about their roots.

Brazilian director Walter Salles filmed his new documentary about the Chinese director with such exceptional passion for his medium and Zhangke’s work that can rarely be found elsewhere. In a world of confused values here’s Zhangke speaking in front of the camera and says: “Peoples destinies have really not changed”. Then camera then follows Zhangke to the locations where he shot his most iconic films including, A Touch of Sin (2013), Still Life (2006) and Unknown Pleasures (2002), at which point he tells us the story about his father, a touching tale about freedom of speech and the right to live.

Watch the Jia Zhangke and Walter Salles screentalk during the LFF

Winner of the Best Film award at this year’s festival, Athina Rachel Tsangari’s follow-up to Attenberg (2010) is a study of male egotism that will have you laughing all the way through. It’s shot mostly on board a private yacht, and the claustrophobic cabins inhabited by its passengers and crew are contrasted with beautiful shots of the Mediterranean sea. Tsangari is the first female Greek filmmaker to receive wide international acclaim, and she absolutely deserves this.

A followup to his 2011 ghost story Alps, The Lobster is director Yorgos Lanthimos’ return to the festival with his first English language feature, this time with the support of the BFI Film Fund. It is a damn-utter irony when a director films a picture that accurately describes modern day reality before anyone else does and he is then called the initiator of weird Greek cinema. Absurdly and rather secretly, modern-day society insists on giving a greater respect to heterosexual matching, marriage and family as opposed to single life. But no other picture could emphasise this strange 21st century reality better than The Lobster.

Lanthimos once again invests on detail, cast (Colin Farrell, Rachel Weisz, Ben Whishaw, Angeliki Papoulia, John C. Reilly, Ariane Labed, Léa Seydoux and Olivia Colman, to name a few) and slow motion. His added features of working with dance choreographers and theatre plays in the past, shine throughout his new feature, expertly including silent disco, terrific Irish locations and the exotic animal kingdom of peacocks, rabbits and dogs. The Lobster is a story about the meaning of love.

The Lobster is on release across UK and Ireland since 16 October.

Impeccably stylish and romantic, director Todd Haynes returns with another exquisite picture, Carol, Phyllis Nagy’s adaptation of Patricia Highsmith’s groundbreaking novel The Price of Salt (1952). Actor Rooney Mara gives an exceptional performance in the role of young photographer Therese who falls in love with the alluring lead, gorgeously played by Cate Blanchett. Set at a time when love between women was unspeakable, Therese meets Carol at a Manhattan department store just before Christmas and the two women embark on a road trip to the cosy countryside.

The astonishing new documentary by Davis Guggenheim (An Inconvenient Truth), He Named Me Malala, follows one of the most famous teenagers in the world and winner of the Nobel Peace Prize at 17, Malala Yousafzai. Named after a famous Afghan poetess and warrior, Malala was shot in the head by a Taliban gunman for campaigning girl’s education in Pakistan and was forced to move to Britain following the attack. Behind her brave and remarkable story told through her experiences, life and members of her family expertly illustrated with terrific animation, Guggenheim’s film brings hope to all women and courage in our world, desperately asking for peace.

We couldn’t close this roundup without underlining the programme of short films in the festival. Together with the launch of the Short Film Award, this year’s festival had an expanded programme of shorts curated in diverse themes including family, neighbourhood, experiences of fight or flight, mediums and messages.

Outside the short film award competition, a special mention is due to newcomer writer-director Billy Lumby’s Samuel-613 for its ethnographic, imaginative and technical qualities. Lumby went undercover in a synagogue in east London as part of his film research. It tells the fictional story of 23-year-old Hasidic Jew Shmilu (played by Theo Barklem-Biggs), who struggles to relate with his community and enters the void of modern-day Britain.