The master director of films on women’s rights talks to us about her picture based on Brenda Myers-Powell and the girls on the street corners of Chicago. 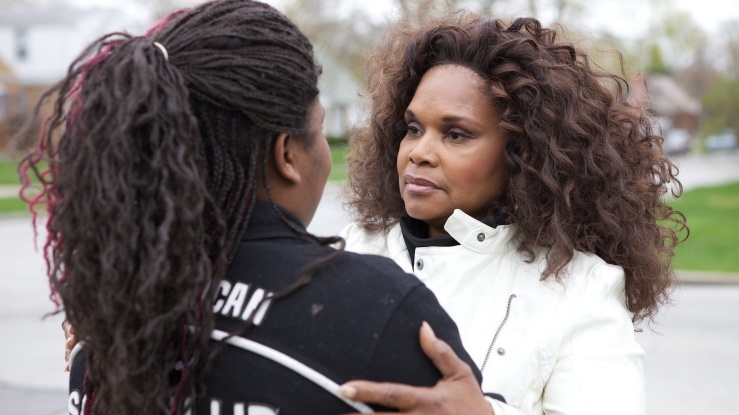 Documentarian Kim Longinotto returns this year with a film about prostitution. Perhaps, an obvious and depressing subject about sex victims wouldn’t appeal to many people at first. Let alone film financiers and Longinotto herself, whose subjects have boldly focused on rebels and people’s lives going against the grain, see Salma (2013), Gaea Girls (2000) and Divorce Iranian Style (1998). But once Longinotto saw a showreel about Brenda Myers-Powell, co-founder and Executive Director of The Dreamcatcher Foundation that strives to end human trafficking in Chicago, she fell in love both with Brenda and her imaginative ambition through her work as social worker.

As Longinotto says, “Brenda’s damaging life couldn’t be worse from being made to have sex from the age of four for money”. When she made her life-turning decision to leave prostitution, Myers-Powell decided to focus all her efforts towards offering help and listening to the girls hanging on the dark corners of Chicago and its surrounding areas. While she is driving in the midnight to find the girls and offer them condoms and support, we hear a number of heartbreaking stories of abuse from girls as young as 14 years old. The saddest side of the coin is that we often ignore these difficult stories because they are veiled from the public eye.

Dreamcatcher’s central character, Brenda Myers-Powell, is admirable for fighting her weaknesses with strength, passion for life and change. Towards the end of her 25 year-long experience as a teenage and adult prostitute, Brenda was on the streets recruiting girls for her pimp. “I think this is the thing she feels really guilty about” Longinotto says. But the impact Dreamcatcher has on us is to look back and accept our past, to learn to live with it and get on.

Every time Brenda meets a girl, she sees herself in them so she listens and gives support to them without any judgement. Her busy life working in the prison during the day and delivering her bold message relentlessly as a survivor of drugs and sex abuse to young girls at-risk in the city, is a genuine inspiration.

How important do you feel it is for both women and men to see your film and why?

In a way I feel it appeals to everybody. I don’t see that it’s an issue film. I see it as a film about all sorts of things that touch all of us. It’s about growing up in a family. It’s about all the secrets and the lies. When you’re a child you are very vulnerable and you believe that what you’re growing up with it is the same as everybody else. You don’t realize that your life is different from any other child’s life. So in a way if you’re having a happy childhood, you don’t realize you’re having a happy childhood. And if you’re having a terrible childhood, you think most of it is your fault and if it isn’t your fault then you just accept it.

You don’t have a sense when you’re a child that one day you’ll be an adult and that you won’t be in this. It’s very strange the way a childhood becomes your whole world. I think we’ve all had many of these experiences of feeling vulnerable, of feeling small and not valued, of feeling that you can’t tell adults things because nobody is listening to you. So I hope that the film has resonance to everybody in different ways. Not just for the obvious things, of all the millions of us being abused as adults or as children and rape victims. It’s also about anyone who is dealing with childhood, about the things that you can’t say to your parents, the secrets that you have to keep. The way that you are very separate from other people and the way the world doesn’t seem very easy to understand. 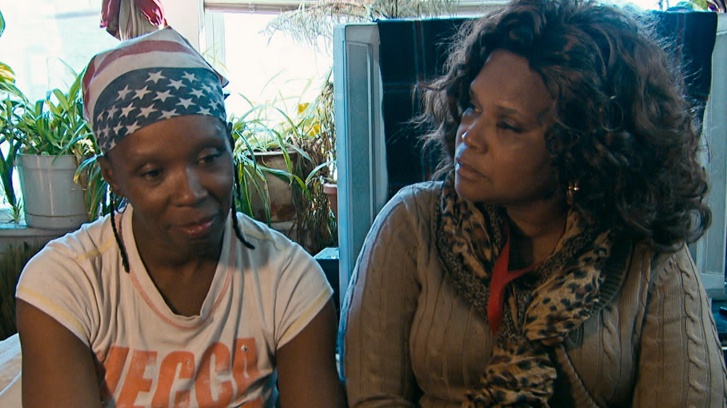 Brenda’s story is an inspiration because as well as helping the girls on the streets, she also has her own personal life coping with her own struggles.

That’s another thing that makes Brenda’s story universal. Girls have come up to me saying, “I’m going to stay at college because if Brenda can make it, I can.” And people have said, “I’m in a very bad situation at home, I’m going to leave. If Brenda can leave, I can.” She’s a real inspiration to me, she has a tough life, she has a job in the jail, she brings up a small child, she’s talking to the girls, there’s so much going on. There’s a scene where Brenda is in bed exhausted, she can’t really cope and she gets up and says, “I’ve tried my best”.

She’s failed Melody and she can’t help her brother’s wife so it’s not all success. Most of the people in the film, she feels, she lets down. At the very beginning she meets this very young 19-year-old girl who says, “I’ve got nobody” and she loses her, she’s gone. It breaks her heart but Brenda keeps going by putting herself together literally everyday. Her wig, eyelashes, the dress, the attitude, that’s all part of putting this person together. And you can see she’s transforming herself. She is really vulnerable and she says it in the car, “People don’t realize how much it takes.”

The girls in your film open their hearts with confidence in front of the camera. Did you have a method to help this happen?

Once I decided I wanted to make the film, nothing else mattered and I think that was very moving. You mention these girls: those girls had never been listened to, like Robin for example who says, “Every night I was raped by my family’s friend, I would tell my mum and she wouldn’t believe me” and Cherissa says, “I was being raped from the age of four, and I’d tell my mother, she would cry and nothing would change.” Here for the first time the film would listen to these people. Witnessing the film is kind of listening. It’s like a document, it makes it there forever.

Brenda makes it very dark in a funny way, she says, “Those boys outside, I’m gonna show you how to avoid them. Tell them you’re not ready” and they all look at her one by one and they say, “We’ve all already had sex from the age of four! Too late.” They were never listened to, they had no help or people didn’t believe them. They were told that they shouldn’t had told them because they are recycling what had happened to them. It happened to all their mothers as well. One of the girls says, “My mother was angry because the same thing happened to her.” So it happened in all generations as well.

How personal is this project to you if compared to your previous films?

Every film, when I make them, is an important thing. And they’re all personal in different ways. For each of the films I have this realization of myself, and my life, and they’re all so different, scary, exciting and wonderful and all those things together. They are all a journey to go and you have to be very open to it and put yourself into it and you see where it takes you. You wait for the right moment to film, you listen to people, you watch them. It’s a mixture of being very flexible and being very disciplined.

Dreamcatcher had its world premiere at Sundance this year where it won the World Cinema Directing for Documentary award. It is now showing in cinemas across the UK and screens as part of the Guardian Live: Doc Sundays on 22 March at Rio Cinema, London.